A new thread to chronicle the work on the retro RD restoration.


Collecting from John who built it 30 yrs ago. 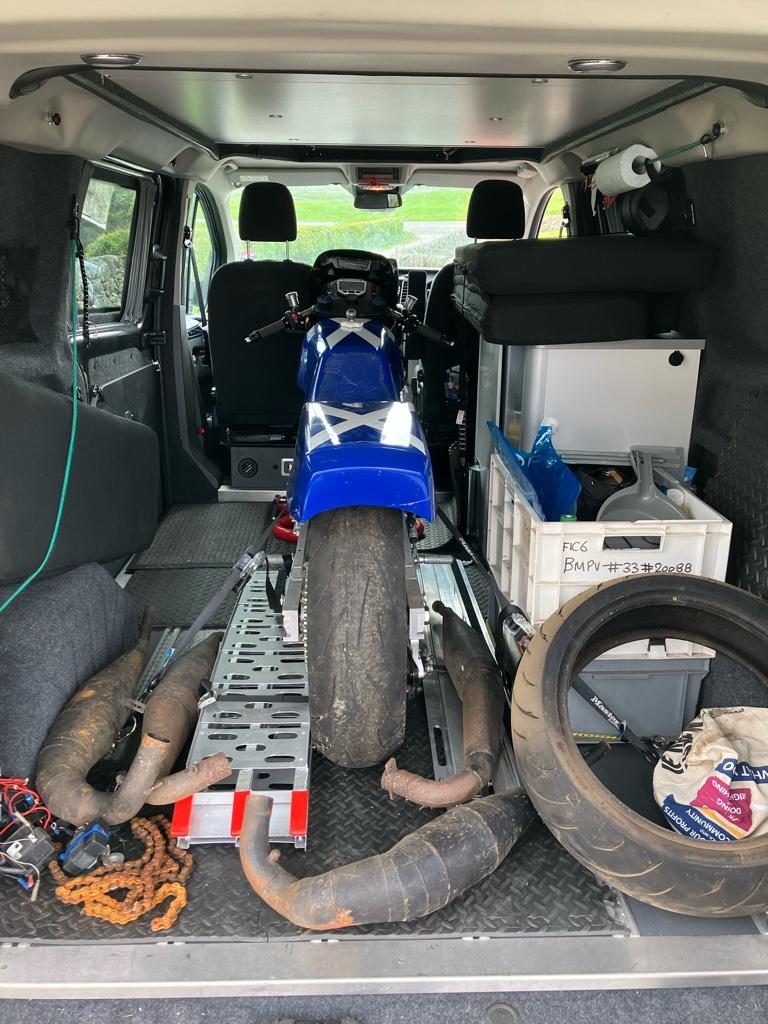 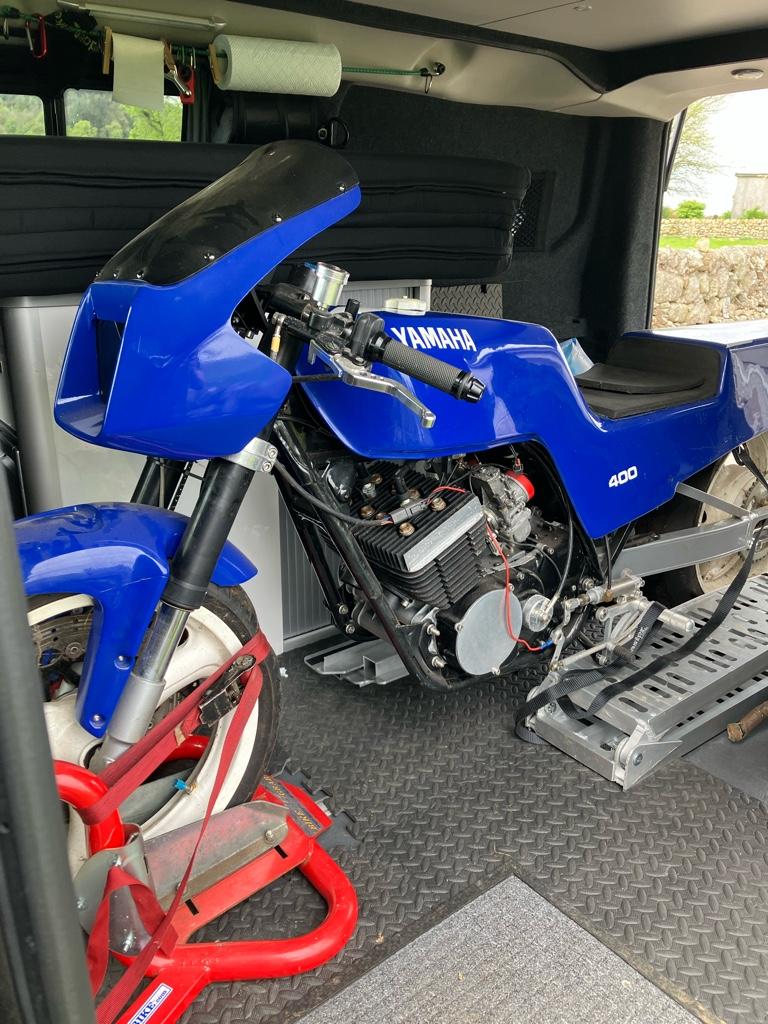 John used to run it in the SuperBike mag Ultimate Street Bike drag races when it was a pure road bike, then he got carried away and created this longer and lower version with a full Harry Barlow tuned motor.

It’s never been run in this version, but was speced to produce 70 bhp.


But when he finished the build and dynoed it 20 yrs ago, it was running very lean and although he had put some 500 main jests in (as a guess) it has never been run since.

after spending a lot of time sitting in a shed he had the crank seals replaced 3 yrs ago and vapour blasted the carbs with the plan of decommissioning it, but then the project stalled again and hence he has tasked with getting it running and to run it down the 1/4 mile the best it can do.

as it stands, there is no wiring harness, almost everything is corroded (the roof blew off the shed at some point), there Are bits missing and seized, and there are no instructions!.

so my plan is
1) to get the wiring sorted and get it running
2) sort the brakes and Clutch so they work
3) then take it to a dyne to make sure it is jetted safe.
4) clean up and paint various parts
5) take it to a drag strip and see what it does in anger
6) based on the drag tests, then I will start looking at how to improve it (remove weight, programmable ignition etc)

That looks a lot of fun mate, enjoy

Will look forward to seeing your progress Al, hope it will run on Castrol R

.
Look forward to seeing it run

Good info on the ignition Robert , what did you replace them with?

Al - my ignition was dodgy on my RD350LC and I got it replaced with a Vape kit. Not sure if that kind of kit is what you are looking for but it's my tuppence worth

Forgot to add that the RD runs perfectly now, I got it supplied & fitted by Dave Whatham in his Wetherby workshop and he is a great source of knowledge for RDs, I know there are many others but he is my go to person

So I had half a day to start fettling the RD.
1st was to get the basics of the rolling chassis working and safe.

Staring to realise it has never been fully assembled in this guise as I am finding all kinds of glaring problems.

Rear spindle wouldn’t fit through the brake side swing arm slots as the powder coating was too thick. Cleaned all the powder coat off the slot and it is a nice engineered fit now.

Front spindle didn’t want to go through the wheel bearings as there was rust on the bearing, so took the bearings out and whoever painted the wheels didn’t bother to mask the brg pockets or the disc mounting face, so that had all to be scraped back to aluminium.
Then new 6004 brgs fitted, I have used shielded bearings as the have less friction than sealed and I won’t be riding in rain and salt.


Then I had a look at the front calliper. Do see anything wrong here? !!!! 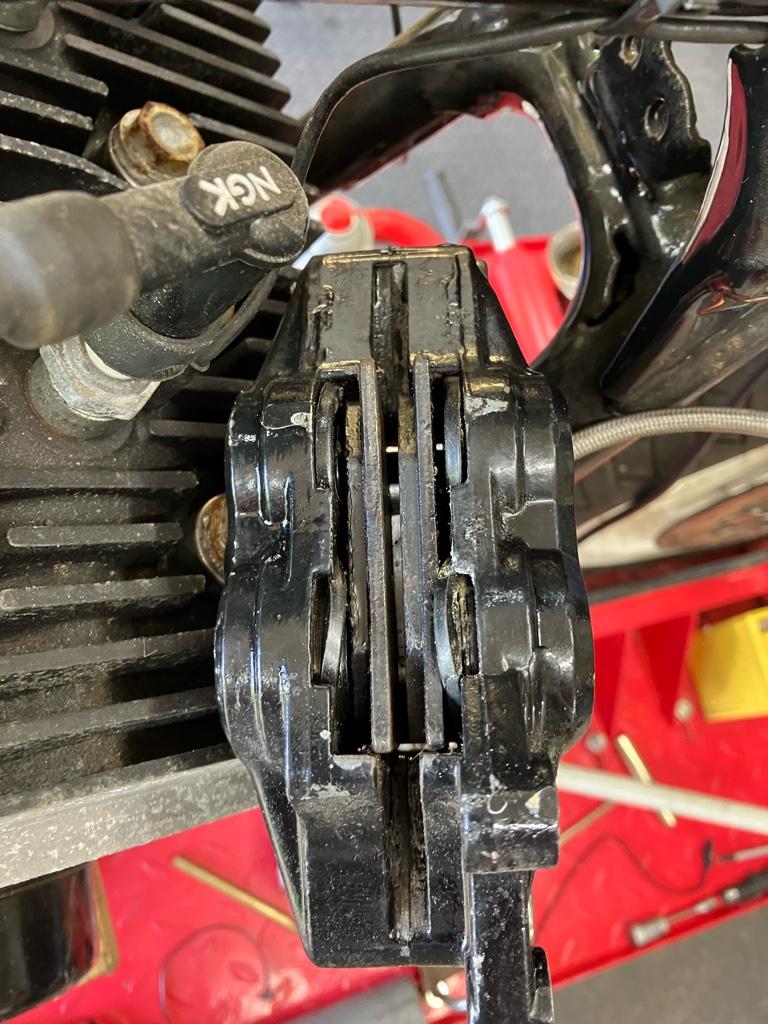 And once I split the callipers the dust seals were hanging off and lots of corrosion. 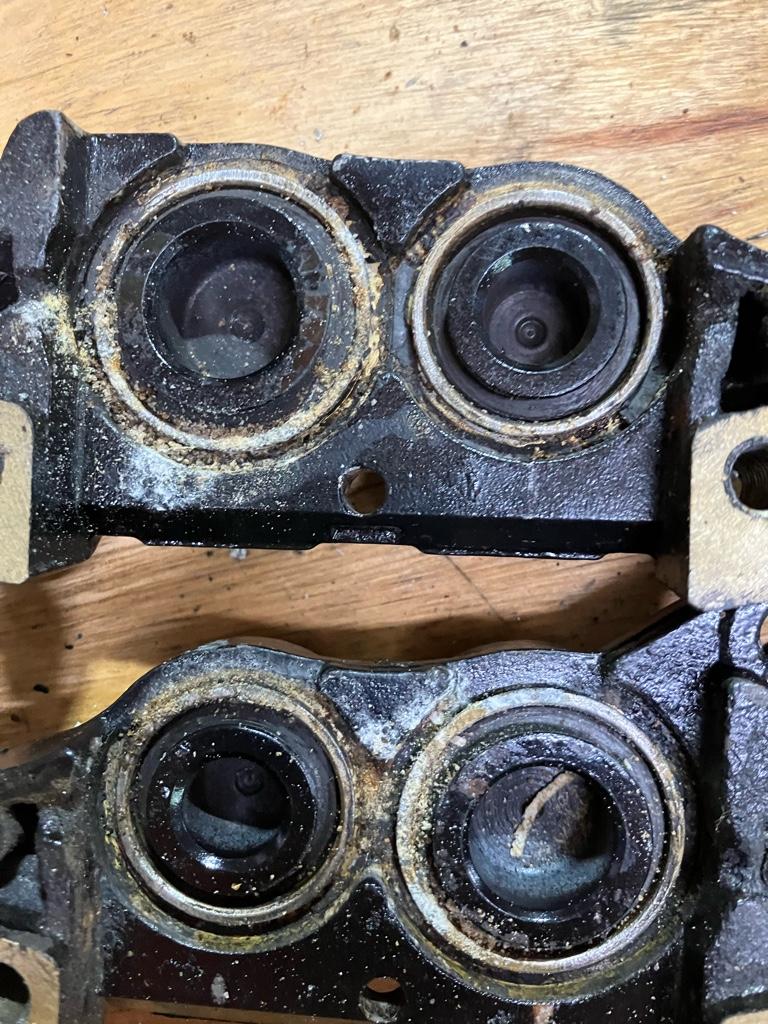 I have cleaned and rebuilt them
Without dust seals. Same reason as above.

Then I had a look at the carbs as I had noticed the choke plungers were seized as it had been put together dry. 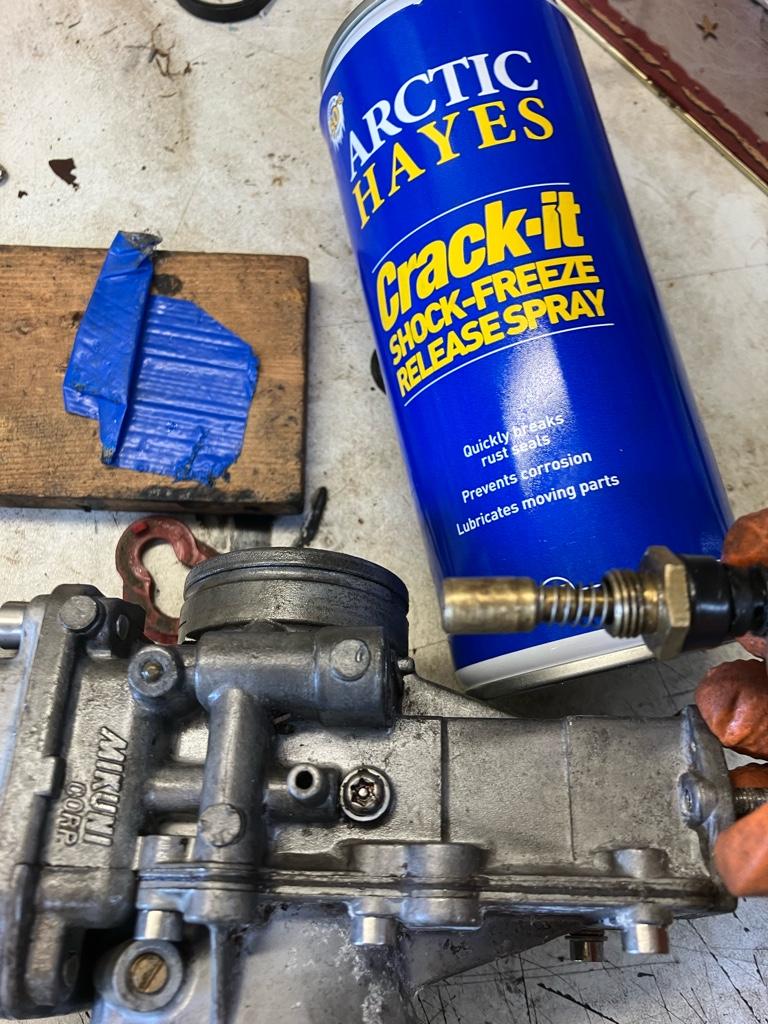 Got them out with penetrating oil and gentle heat.

Rear master cyl is also seized, again from being left dry when assembled. I will likely put another master on it rather than rebuild this one.

But I now know that I need to go through everything. . Especially after seeing that brake pad error!

Looks like it’s going to be a fun journey building that .
Keep up the good work al
Top

Great work Al, like you say best to check everything and start from scratch.

Good info on the ignition Robert , what did you replace them with?


Sent from my iPhone using Tapatalk


from memory Al i think it was a Hitachi ignition me and the brother started using, much better tho now a days im sure more modern units can be bought, id check on some of the RD forums and see what guys are using these days. RD LC crazy forum has some great brains on it

Return to “Pimp Your Ride”